The information contained herein is provided for informational purposes only, and is not intended to serve as legal advice. You should not act or fail to act based on the information on this website. This website contains general information only, and may not reflect recent changes to the law. All cases differ – please contact an attorney in your area to get legal advice as it pertains to your case. Attorney Joseph Battle Carnohan is licensed to practice law in the State of California.

Child Custody disputes are one of the most heart-wrenching matters that couples are forced to endure when the parents decide to permanently separate or divorce. However, once a relationship has deteriorated beyond repair and the parties share children, there are numerous matters that must be resolved regarding the kids. 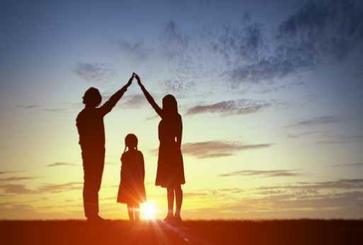 Please contact Mr. Carnohan by calling (760) 722-8200. We will set up an appointment for your free telephone consultation with one of the region’s leading Family Law Attorneys and Child Custody Lawyers.

Devoted to offering caring, personalized legal counsel and representation, we work closely with our clients to guide them through Child Custody cases that are frequently frightening and confusing. Parents are typically worried about the impact of divorce or separation on their children. Oceanside Child Custody Attorney Joseph Carnohan works zealously to resolve these disputes effectively and efficiently.

Call today to learn how the Law Offices of Oceanside Child Custody Lawyer Joseph B. Carnohan can help you through this stressful and difficult process.

California Law recognizes numerous types of custody. At the Law Offices of Joseph Battle Carnohan, we represent clients in all child custody cases, including the following:

Joint Physical Custody – This is the terminology that is used when parents essentially share equal parenting time with the children. Although custody is shared equally, Child Support may still be ordered by the court.

Under specific circumstances, visitation may be strictly decreased or the court may order supervised visitation where the actions of one parent are such that they pose a risk of harm to the child. This may be modified at a later date when the non-custodial parent’s circumstances change and the court determines that the child is safe being alone with the restricted parent.

If the parents are unable to reach an agreement via Mediation or Settlement Negotiations, the decision will be left to the court to determine what is in the best interests of the children. Numerous factors are taken into account by the court during Child Custody Litigation. These include the relationship that the child presently has with each parent, and each parent’s right to maintain continuous, meaningful and ongoing contact with the child.

Only extraordinary circumstances will lead the court to restrict access to the child. For example, if one parent has a history of domestic violence against the other parent, has physically or emotionally abused the child, or has been convicted of committing a sex crime.

Even in situations where one parent’s contact with their child is highly restricted, the court may issue an order providing for Joint Legal Custody, as California Law favors both parents having decision making rights regarding their children.

Additionally, in the State of California the judge may take into account the wishes of the child if they demonstrate the maturity level required to take part in the decision making process.

If one parent has shown a propensity to alienate the child from the other parent, consistently interferes with visitation, or has made false allegations against the other parent in an attempt to sway the court, they may find themselves in a situation where the court mandates that the other parent is more suitable regarding primary physical custody.

Prior to issuing an order with respect to disputed Custody cases, each parent and child must meet with a Child Custody Recommending Counselor. The Counselor will investigate the relationship between the child and parents. After the investigation is completed, the Counselor will then prepare a report for the judge, who will generally give great weight to their findings.

If you are presently involved in a Child Custody matter, please complete our Family Law and Child Custody Case Evaluation Form. We will review the information provided, contact you to obtain additional facts, and make an appointment for you to come in for your complimentary consultation.

For immediate assistance, call the Law Offices of Oceanside Child Custody Attorney Joseph B. Carnohan at (760) 722-8200 to speak directly to a lawyer.

Located in Oceanside, Lawyer Joseph Carnohan is pleased to represent clients who live in North San Diego County and throughout the surrounding communities.